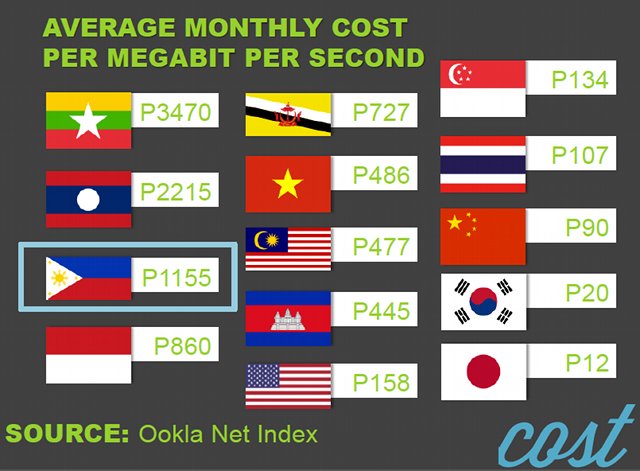 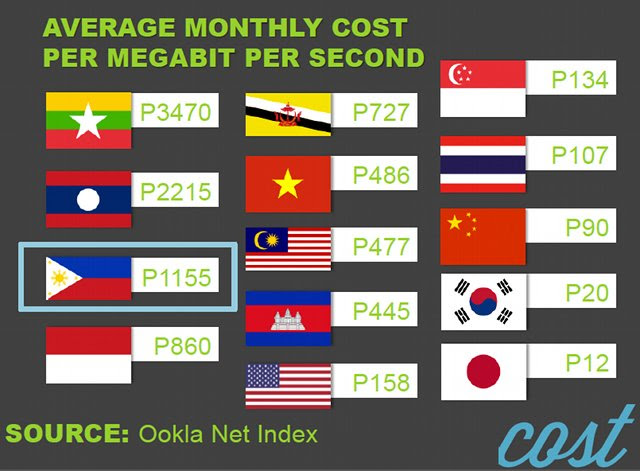 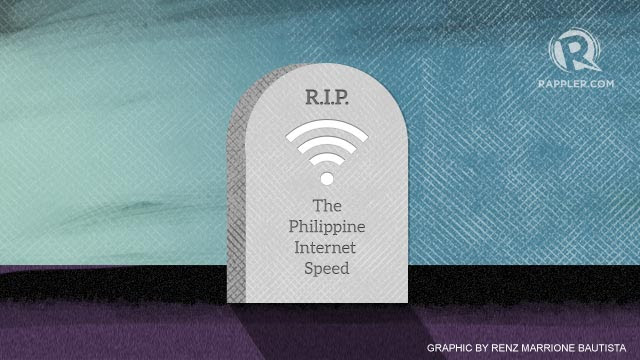 Slow internet speed costs a bundle in slowing the country's economic progress. In UK it is costing $11B a year.!

Internet in the PHL is not only slow, but is also expensive.   It takes ages to view You Tube video, upload pictures at FB, or blog.  What more, our internet is expensive.   Even if you pay more, it is still slow.

MyRepublic, a Singapore company, offers 1 gbps speeds for the equivalent of only S$50 (around P1,600/month). In comparison, for a monthly fee of P1,899, PLDT offers published speeds of “up to 8 mbps”—and that comes with a 50 GB cap. Isn’t it ironic? Despite the higher standard of living in Singapore, its residents enjoy much cheaper—and faster—Internet.

It’s not that fast Internet isn’t available in the Philippines. PLDT offers faster connections—but at a much higher price: a 200 mbps plan costs a whopping P20,000/month. Who are able to avail themselves of this but the ultrarich? Mediocre Internet speed is a problem that disproportionately affects the poor and the middle class.
* * *
Internet should be considered as basic human right.
What is the cause of human rights violation in the PHL?
We become repetitious -  lack of competition and monopoly. (money poly)
Unfortunately, because of the oligopoly that has a stranglehold over our telecommunications systems, this is not an option for the Philippines. The fact that Sun Cellular was acquired in 2011 by PLDT, the same company that owns Smart, has all but doomed our chances of meaningful competition in the near future.
Thus, the only way is for us to call upon our government to address this very public concern.

What to do next?
Our demand is simple: Make Internet in the Philippines as fast, accessible, reliable and affordable as in other Asean countries.
Students doing their assignments shouldn’t have to wait for hours just to download a PDF file. Overseas Filipino workers shouldn’t have to deal with pixelated faces of their loved ones when their colleagues from other countries can easily see theirs in high definition. Businesses and bloggers alike shouldn’t have to be outclassed by others just because their connections are lagging behind. And most importantly, the poor shouldn’t have to endure a slow Internet while the rich can afford to have faster ones: The baseline should be good enough.
There is no excuse for slow and unreliable Internet when telcos make billions of pesos in annual revenues. The government must recognize the Internet as a public good and take strong action based on this premise if we are to be lifted from this pathetic state.
Gideon Lasco is a physician and medical anthropologist. Visit his website on health, culture and society at www.gideonlasco.com. 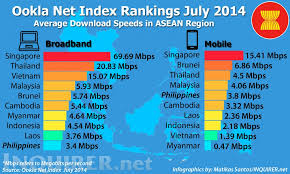 Posted by ProfJorgeEntrep at 6:14 PM

Why cant NTC, the IT regulator in the country, compel telcos which it regulate solve the slow internet in the PHL? 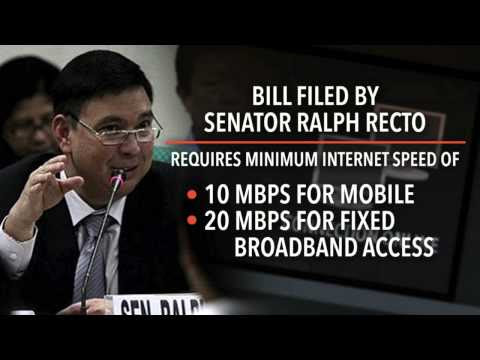